With season 3 just around the corner, here are some anime with similar characters, story, or tone to My Hero Academia.

Mob Psycho 100 follows a familiar story of a socially awkward middle schooler named Shigeo Kageyama who’s gifted with powerful psychic abilities. As a kid, he learns the dangers of his volatile power and now studies under a con artist named Reigen who promises to teach him ways of controlling it.

At their cores, both shows have very similar main characters and storylines. The two leads, Izuku from My Hero Academia and Shigeo from Mob Psycho 100, are overpowered but uncertainty in their own abilities stops them from going 100% at times. In their respective shows, the two strives to become better persons through sheer hard work. Izuku is constantly going through hell training to control his powers and Shigeo is always seen working out physically even though his psychic powers can do just about everything for him. Both shows are somewhat upbeat in nature with dark storylines. It’s a good mix of slice of life comedy and well animated action.

Hunter x Hunter is set in a fictional world full of dangerous creatures and people with superhuman abilities. In this world, the exceptionally strong become Hunters, licensed professionals who specialize in dangerous tasks such as treasure hunting, exploring uncharted territories, or capturing criminals. However, the process for becoming a Hunter is extremely rigorous and challenging. The story follows a young boy named Gon Freecss whose life goal is to become a Hunter following his dads footsteps.

Both are action packed anime set in a world full superpowered individuals. Hunter x Hunter also introduces a young protagonist with incredible potential and a colorful cast who all have their own quirks. The narrative features quite a bit of familiar storylines such as training arcs, tournaments, rescue missions, etc.

Eyeshield 21 is a sports anime that stars a timid, but dedicated young football player named Sena. The story follows the protagonist’s hard and heartfelt journey as a new running back in highschool for a team of misfits called the Devilbats.

It might seem weird to compare My Hero Academia to a sports anime, but in terms of character and story progression, they are absolutely similar. The main characters of both anime start off relatively weak compared to their competitions, but their drive to become better and their willingness to adapt helps them progress as stronger characters throughout the story. It’s not just a straight forward story either. Like My Hero Academia, there are many twists and turns, wins and loses. It’s a motivational anime about success, but more importantly the story highlights the road it takes to get there.

Tsuna is next in line to become the new boss for the Vongola Mafia Family, but he has none of the traits of a mafia boss. In fact he’s clumsy, timid, talentless, and even nicknamed ‘No Good Tsuna’ by his classmates. Katekyo Hitman Reborn! is an underdog story that highlights the main character’s journey towards becoming a stronger, better, and more reliable person. It’s a fantastic action series full of comedy, character development, and superpowers.

Katekyo Hitman Reborn! Has a familiar structure to My Hero Academia where the main character starts off mentally and physically weak, then gradually grows as a person through conflicts and bonds. Both the shows start off relatively slow, which means the first few episodes feel like a slice of life anime in comparison to the later action and drama packed arcs.

One day, the Moon gets suddenly destroyed by a mysterious creature. The culprit, a yellow alien octopus with superhuman abilities, threatens the government that he’ll destroy the Earth as well, unless they make him the teacher of a certain classroom. With how powerful the creature is, the government has no choice but to agree. The alien arrives in classroom 3-E and gives his new students their first assignment—try and kill him within a year or he’ll blow up the Earth.

In a universe where people with special powers compete by earning Hero Points to become the next “King of Heroes,” one veteran known as “Wild Tiger” struggles to climb the hero latter due to his stubborn attitude towards others and his inability to connect with his partners. He clings to his traditional view that saving people comes first, while trying to adapt to the new age of Hero Points and popularity rankings.

In terms of the hero setting and abilities, Tiger & Bunny is basically a futuristic version of My Hero Academia. Both anime highlights what it takes to be a hero, whether it be their past motivations or even their future goals. And like My Hero Academia, Tiger & Bunny offers a similar well thought out and enjoyable super hero system that highlights all the different heroes/villains and their abilities. The CG might be off putting for some people, but if you love a good hero show, then check out Tiger & Bunny.

An ordinary guy named Saitama trained so hard that he lost his hair in the process and became strong enough that he now defeats all his enemies in one punch. Unfortunately, becoming this strong comes with a downside—he can’t find joy in fights anymore as he just destroys his opponents instantly. Saitama eventually joins the Hero Association to become a certified hero, hoping one day he can find an opponent strong enough to cure his boredom.

Like My Hero Academia, One Punch Man’s overarching story follows the premise of heroes versus villains. Although One Punch Man goes down a more comedic and action oriented route, both anime does a great job highlighting their hero systems and there’s a quite a bit of focus on the overall responsibilities of a hero. If you are craving for a hero anime that doesn’t try to take itself very seriously then definitely check out One Punch Man.

During a night of full moon, a giant nine-tailed fox attacked Konohagakure, the Hidden Leaf Village, killing all that stood in its way and wreaking havoc wherever it went. It took the sacrifice of the current village leader, the Fourth Hokage, to finally seal the monster inside a newborn baby named Naruto. A few years later, the boy with a monster inside of him struggles to graduate his ninja class, but that doesn’t stop him from dreaming of one day becoming the next Hokage.

The characters are extremely similar, the story has familiar arcs, and there’s a lot of emphasis on character/character power development. 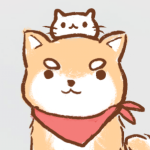